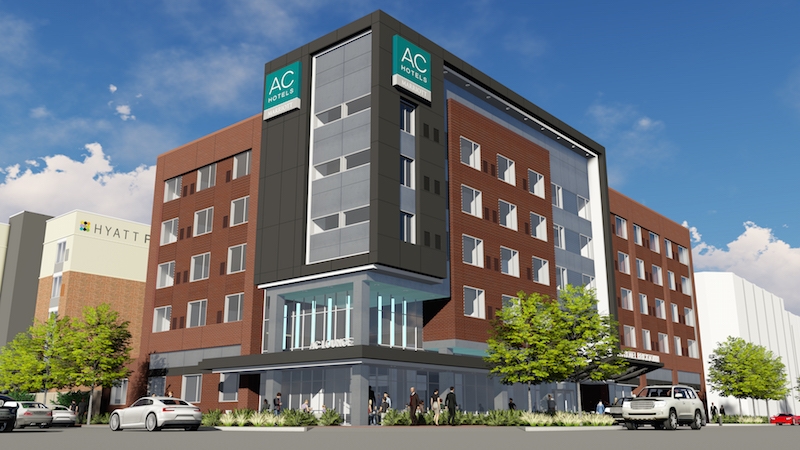 The AC Hotel in a neighborhood in Oklahoma City will be Oklahoma's first modular-built hotel, as well as the first for its developer. Image: Courtesy Guerdon Modular Buildings

Guerdon Modular Buildings will produce 81 modules for this project.

The 142-room AC Hotel Bricktown, in Oklahoma City, will also be NewcrestImage’s first modular hotel. The developer has entered into a partnership with the manufacturer Guerdon Modular Buildings to produce the modules for this project.

ADG Inc. is the architect of record, and Duncan Miller Ullmann the interior designer of the five-story hotel. Metul Patel, NewcrestImage’s Chairman and CEO, describes the hotel’s accommodations as “European-inspired.”